6th Grader Suspended Over Leaf that Looked Like Pot 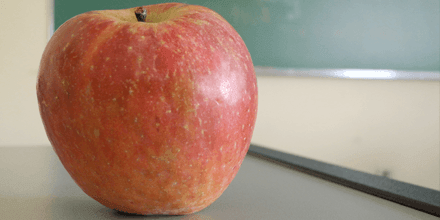 Did you smoke pot in the sixth grade? Or, more likely, did you collect leaves and carry them around with you? Doing the latter, got one 6th grader suspended.

The unnamed 11-year-old enrolled at Connecticut’s Bedford Middle School, who was enrolled in a gifted program at the middle school, was suspended recently when the Assistant Principal found a leaf in his backpack and misidentified it as marijuana.

It turns out it was not pot. That fact was not found out until after the youth was charged with juvenile marijuana possession. When the leaf was tested, not once but three times, and confirmed as negative for being pot. The county sheriff’s office dropped the charges based on the test results.

The boy was allowed to return to school and did so the following Monday, although it was a different school this time around. The sixth grader’s family is now suing the school district under the argument that the boy was not allowed due process and was suspended without proof of pot possession. The boy is apparently now suffering from anxiety attacks and does not have his usual positive outlook.

Critics say that Bedford Middle School responded too quickly to the leaf that looked like pot. If you take that side, they are not the first school to do so with the zero drug tolerance policy that many US educational institutions are taking. The theory behind zero tolerance school policy is that it will deter youths from using marijuana.

A similar incident, you may remember, happened back in 2011 when a seventh grader in Virginia was suspended for having a baggie of oregano that was mistaken to be pot.

What are your thoughts on the suspension and the zero drug tolerance policy that many US schools are adapting? Leave your feedback in the comments section below.