Rabbits and Marijuana: What the DEA Has to Say 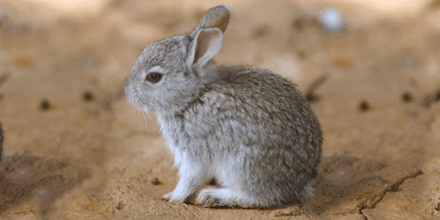 In light of the recent approval of recreational use of marijuana in a few of the states, and the subsequent tax revenue windfall, has many changing their position on the drug. State lawmakers across the country are proposing more lenient marijuana usage laws, even in conservative strongholds like Utah. Those resistant against marijuana usage are still trying to come up with whatever excuse they can to change lawmakers’ minds against such legislation. A Utah Senate panel considering a bill that would allow the use of medical marijuana for debilitating diseases heard testimony from both sides of the issue, but critics of marijuana usage have started to run out of material it seems. A Drug Enforcement Agency officer made some rather bizarre comments in favor of blocking the legislation in Utah.

While bearing testimony to many of the marijuana cases he has helped on over the years, the officer said he saw the environmental damage that can be done when pesticides are sprayed on the sides of mountains with illegal production of marijuana. While this may be true, agricultural production of all types use pesticides to increase yield . Also the point is mute once legislation allowing medical marijuana is approved, because it would allow lawmakers to place regulation on the production and distribution of the drug. While those who are illegally selling the drug now do their best to hide it from law enforcement, growers under the law would be subject to a certain set of criteria since the drug is intended for human consumption. If approved lawmakers and the local EPA can decide on the environmental standards that those that grow and sell the drug must meet in order to do business in the state. This testimony seemed somewhat irrelevant in light of the bill that was the topic of discussion, but the argument was one that could hold water better than the officer’s next point.

The officer, Matt Fairbanks, made the argument that the local fauna would develop a fondness for the drug and in their high state would not listen to their natural instincts. As an example he stated that he and his team removed all the marijuana plants in a particular area and a rabbit was following them rather than running away. One could argue that the rabbit was accustomed to humans feeding it while attending the marijuana plants so it was not afraid of the officers as they were seizing the plants. Another counterpoint to this argument is that rabbits are unlikely to be perpetually high on marijuana, so even if the drug turns off the animal’s survival instincts it would only be a temporary condition. If they are concerned about animals getting into the plants, lawmakers could require the marijuana be cultivated in an indoor facility. Barring a change in the legal status of a drug that has been proven to help those in chronic pain because of the effects on rabbits borders on the absurd.

Despite all of Mr. Fairbanks strange and creative arguments, the Senate panel approved the bill’s progress in review. They are now waiting for it to go to the Utah Senate floor for a vote. Apparently those in the panel saw the logic behind the officer’s argument to be flawed. Change in marijuana legislation is on the horizon, with many young voters wishing to legalize the drug. In order to convince the voters and the lawmakers, critics of marijuana might want to implement a different strategy than the one they used in Utah.

Tweet
Weed Vs. Liquor - Risk Analysis
Origin of Pass it to the Left