Denver’s City Council is pushing to set location caps on the pot shops and grow houses there. The push is appropriately timed as May 1 marks the expiration of a moratorium to stop new admissions to the medical and recreational markets.

This moratorium is only temporary; it has a two-year limit. For three months now the council in Denver City has been meeting to try to iron out more permanent rules to limit entrants to the pot industry there. 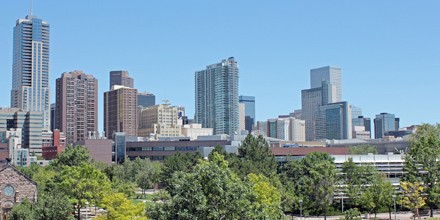 Most members of the council agree that there should be limits placed. However, the issue is that they are divided as to whether to allow through to the city the pending applications on new marijuana dispensaries and grows before placing the new caps.

The potential vote by Denver City Council has been pushed to April 25, although it may change soon. The public is weighing in on their thoughts and council listened recently to the testimonies in a one-hour public forum. Some people explained that the pot shops had affected their daily lives negatively, and they wanted more protection in their communities.

If the proposal goes through, the caps would occur city-wide and apply to several locations for dispensaries and facilities. There will also be a limit on the number of locations allowable. Also, it would mean that new medical marijuana shops and grows would not be able to get licenses.

Currently, Denver has 146 dispensaries, and 210 retail or medical cultivation grows, as well as 64 locations that are a combination of both. It will be interesting to learn what happens come the end of the month regarding marijuana business in Denver.