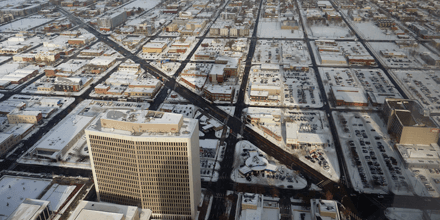 Denver Mayor Michael Hancock was once opposed to legalization in his city arguing that marijuana is a "gateway drug" and legalizing it would hurt the local tourism industry. In 2012, just weeks before voters enacted the legalization changes, the mayor was quoted saying "“lose our attractiveness to companies, employers who want to come to our state. Tourism is the number-one industry for the City of Denver, number two in the state of Colorado, and I believe that sector will be disproportionately harmed with the perception that Denver is the marijuana capital.”

After overwhelming passage of amendment 64, Hancock continued to attack the decision stating long term implications that may not be know for a generation or more. He aggressively pushed city council to postpone enactment of the new laws by putting a two year moratorium on the amendment.

Despite mayor Hancock's initial disapproval of legal marijuana in Denver, he has significantly changed his tune on the subject. Recently quoted as saying “I am very proud of the industry that came to the table and went to work,” shows that he now respects the hard work local entreprenuers have done to make a legit industry from the passage of the amendment. Although the mayor still holds some reservation, it is refreshing to here him start to take a new outlook on the subject.