Pot is getting stronger, according to a recent study, at least in comparison to strains 20 years ago. The research results were published in the journal Biological Psychiatry on January 19. 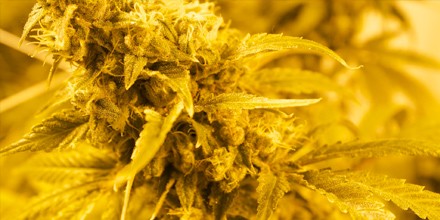 In the study, researchers analyzed about 39,000 samples of illegal weed that the U.S. Drug Enforcement Administration had seized over the last two decades. This analysis revealed that the level of tetrahydrocannabinol (THC) in the pot samples rose over that period. While THC was about 4 percent in 1995, it had risen to 12 percent in 2014. THC is highly responsible for the “high” users feel; it is a psychoactive agent.

On the other hand, the cannabidiol (CBD) level in marijuana had fallen, from 0.28 percent in 2001 to about 0.15 percent in 2014. CBD has been recognized by many studies for its health benefits.

Unfortunately, the increase in weed potency may have harmful health effects for young people, explained the leader of the study, Mahmoud A. ElSohly, a pharmaceutics professor at the University of Mississippi.

One factor that may account for the rising THC levels is that over time users develop a tolerance to THC. So, levels of it are increasing to accommodate demand for more potent varieties of pot with a higher THC content.

Another reason weed’s potency in the illicit market has increased over the years is that the strains with the higher THC content cost more to buy. So, cannabis growers may go out of their way to growing types of plants that contain high THC content so that they can get more money when they sell them on the illegal market.

It will be interesting to see how the strains of marijuana change over the next 20 years.

Marijuana far more potent than it used to be, tests find