A recent study on long-term marijuana use by an assistant professor at Arizona State University is providing evidence that there are few physical symptoms aside from gum disease. Madeline Meier, the assistant Prof of Psychology at the University was part of a research team that conducted the study on pot use over a 20-year span. 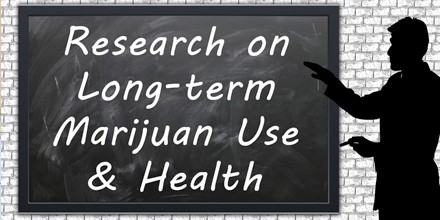 Subjects of the study were about 1,000 New Zealand residents. The study followed them from birth and included measures of both marijuana use and their physical health. Associations were formed by Meier and her team between pot use and physical health measures such as metabolic health, BMI, periodontal health, and lung function.

The researchers concluded from the study on longtime marijuana use that there were few serious health problems aside from bad teeth. The poor gum health of long time pot smoking survey participants was concluded because the researchers could not explain it by alcohol abuse, smoking of traditional cigarettes, or a lower-quality routine of brushing and flossing.

Perhaps what is surprising to some people is that the study did not find marijuana use to be associated with harm in lung function. Also surprising to the researchers was that the pot use did not increase cardiovascular risks, such as high blood pressure.

But, of course, there are limitations. For example, increasing the amount of pot smoked per day could result in more health problems. But, there is a limitation of studies to say yay or nay to this prospect, so we will wait to hear more from the research world before making any assumptions. The study also did not include people who were already sick or the elderly.

As more of the U.S. states legalize pot, it will be important to do more studies in this area that look at the long-term effects of marijuana on physical health. Perhaps more studies will be done in the U.S., where more and more Americans are becoming tolerable of weed.

Already Registered? Login Here
No comments made yet. Be the first to submit a comment

By accepting you will be accessing a service provided by a third-party external to https://smokepipeshop.com/

Direct Link
Our Products are Intended for Tobacco Use or Legal Use Only.
Check with your individual state for legality.
You must be 21 years or older to browse this website and purchase products.