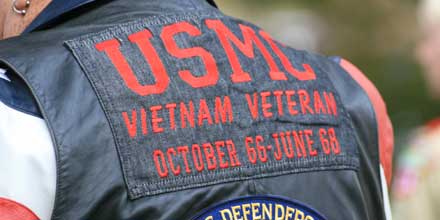 Grow for Vets has been active with it’s support of PTSD, encouraging more public involvement in Colorado as of late.

On August 1, the organization held a medical marijuana rally to raise awareness and funds for Post-Traumatic Stress Disorder in Colorado. The event was held soon after Colorado’s health officials turned down a proposal to include PTSD as a qualifying condition in the state’s medical pot program.

That decision had been made on July 15 and shortly after that the Operation Grow for Vets was announced. The tour is in support for US vets, particularly in light of the dismissal of the reasonable proposal.

The event on August 1st saw public involvement, which was a way to send a specific message to the Department of Health in Colorado. The message was that PSTD ought to be a qualifying disorder included in the ability for a person to get a medical cannabis card.

As for Grow for Vets, they have been handing out medical marijuana free of charge in Colorado since 2014. The rally on the first day of the month was incorporated into the organization’s Save a Million Vets Tour.

The tour began in summertime in Portland, and the impromptu Colorado stop was added next. Future stops for the organizers are LA, New Mexico, Nevada, and Arizona. The tour’s purpose is to get assistance for vets who could benefit from marijuana to help their physical and mental pain. The pot dosage would be an alternative to prescribed drugs that have the potential to increase stress and lead to suicidal tendencies.

To learn more about supporting Grow for Vets, check out their site and see the events page for details on the tour stops. You are welcome to show your support in person or financially contribute to their goal to raise $250,000 by the end of the tour.

Let us know what you think of Colorado' health officials choice not to include PTSD as a reason for medical marijuana in the comments below.