You don’t always know if state laws are going to be well received by voters or not. In the case of legal recreational marijuana in Colorado, the majority of voters are showing support for legislation that came into effect over the past three years. 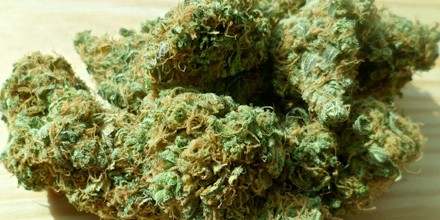 As per a recent Quinnipiac University poll released earlier this month, just over half of Colorado voters support the 2012 law that legalized marijuana in Colorado and the sale of pot in 2014 (55 percent of voters, to be exact). Slightly more than half of the state’s voters think pot laws have been good for the state while 39 percent say the outcome has been unfavorable.

Voters do disagree, however, when looking at the issue from the viewpoints of Democrats and Republicans. About seven out of ten Democrats support the law, while about the same number of Republicans oppose it. The survey by Quinnipiac University was of 1,262 Colorado voters, done by live interviews on landline phones and cell phones.

The poll’s results also noted gender differences on the issue. About 60 percent of men said legalizing pot was good while only about 45 percent of women said the same thing. Age variances were also shown; the younger generation supported the law more than older people.

Over the years, since 2012, support from Colorado voters has been consistent for pot laws. In the August 2013 Quinnipiac University poll, 54 percent of the state’s voters supported the 2012 law. The most recent poll shows that 55 percent of them back legislation of recreational pot in this particular state.

From an objective viewpoint, Colorado pot laws have been good for state’s budget. Over the last fiscal year, which ended on June 30, the state collected close to $70 million in weed taxes during that time. That amount was about double the $42 million pulled in from alcohol taxes.

Most Colorado Voters Say Legal Marijuana Is A Good Thing