Mexico on Verge of Marijuana Legalization

Marijuana is widely used in Mexico, however it’s use has been a crime with serious consequences! 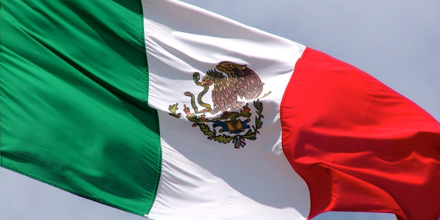 Mexico’s Supreme Court currently has a landmark case in front of it. The court is ready to discuss a proposal to legalize essentially the consumption and use of recreational marijuana.

The judges will vote whether the federal health law is unconstitutional in some areas, following an injunction filed by a nonprofit group against Cofepris, a health regulator. Of the five judges who will rule on the case, four of them are liberals.

This case is a standout one for a few reasons. Firstly, the case is being based on human rights issues. Secondly, it is happening in a country that has suffered dearly from the war on drugs, with a surge in violence following former President Felipe Calderon’s military response to drugs and drug trafficking almost a decade ago.

This case is the latest one regarding marijuana usage in Mexico. In August, a lower court in the same state ruled a mother and father had the right to import a medicine based on marijuana to treat their daughter’s epilepsy.

The case for the eight-year-old girl has increased the concern of some members of the public over the decriminalization of marijuana. This girl was the first recipient in Mexico of medical marijuana.

As for pro-legalization activists, they say that legalizing weed would make life in Mexico safer as it would allow people to grow their own marijuana rather than looking to criminal gangs to get it. Thus, many Mexicans would have less exposure to gangs and corrupt police.

Mexico could be the latest place to be more liberal in it’s recreational marijuana legislation, following the steps of Colorado, Washington and Washington D.C. Marijuana reform has also been introduced in other U.S. states, namely Alaska and Oregon.

The changing of pot legislation for Mexico could be just around the corner. Do you think Mexico should legalize? Comment below to let us know your thoughts.

Tweet
Marijuana Use Doubles in the U.S.
Discrimination of Rastafarian Beliefs