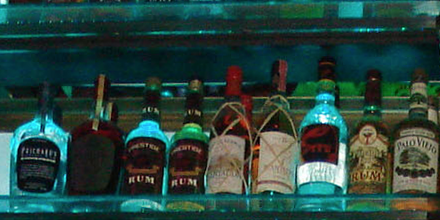 As the public and politicians continue to debate marijuana legalization, there is new research that suggests perhaps another discussion should be had. This recent study’s results point to smoking marijuana as considerably safer than drinking alcohol.

Yes, you read that last line correctly. Nature’s Scientific Reports journal reported recently that study researchers analyzed the association between substances such as tobacco, heroin, meth, cannabis, and alcohol. The substances were then listed in order of how much danger they were, from most to least risk.

The surprising result? That smoking marijuana is safer than drinking alcohol. To be more specific, booze is 114 times riskier than pot. According to the study, cannabis is also less risky than cocaine and heroin. Of all of the recreational drugs we have mentioned here, alcohol was found to be the riskiest one for individual use. Pot was at the bottom of the list.

To get the rankings, the researchers used calculations that compared lethal doses of each type of substance with how much, on average, a person consumes. The results may have lawmakers rethinking the marijuana legalization debate, or at least putting it into the context of it's riskiness as compared to other recreational drugs.

Of course, the international study’s results are not completely new. They reinforce safety rankings of drugs from 2004. That being said, the public may not have been aware of the earlier research, and so the recent study will take some people by surprise.

Do the study results change your take on marijuana? Also, will it affect your actions the next time you are presented with an opportunity to drink alcohol? Let us know in the comments below.